A week in Brittany

A week in Brittany

When it arrived, unexpectedly from my French aunt messaged via Facebook to Espe, the invitation to join my Uncle and his family on they yearly trip to Brittany in France we didn’t need asking twice (even if we did take over a month to reply). We even managed to find cheap flights on the new low cost airline airline, Volotea, direct from Valencia to Nantes, where we were picked up by my Aunt and Uncle before driving onto the wonderful cottage they’d rented minutes from the beach in St Jacques close to Sarzeau.

We arrived late at night which exactly how I like to arrive somewhere new. That way you get to experience it twice. You get a bit of a feel for the place in the dark, but are excited and surprised to see it in daylight the following day. I wasn’t disappointed. A stunning long beach and pleasant village awaited us in the morning along with freshly baked croissants and pan au chocolate. On top of that we were blessed with stunning weather for the whole week (the week before we’d arrived it had been torrid). 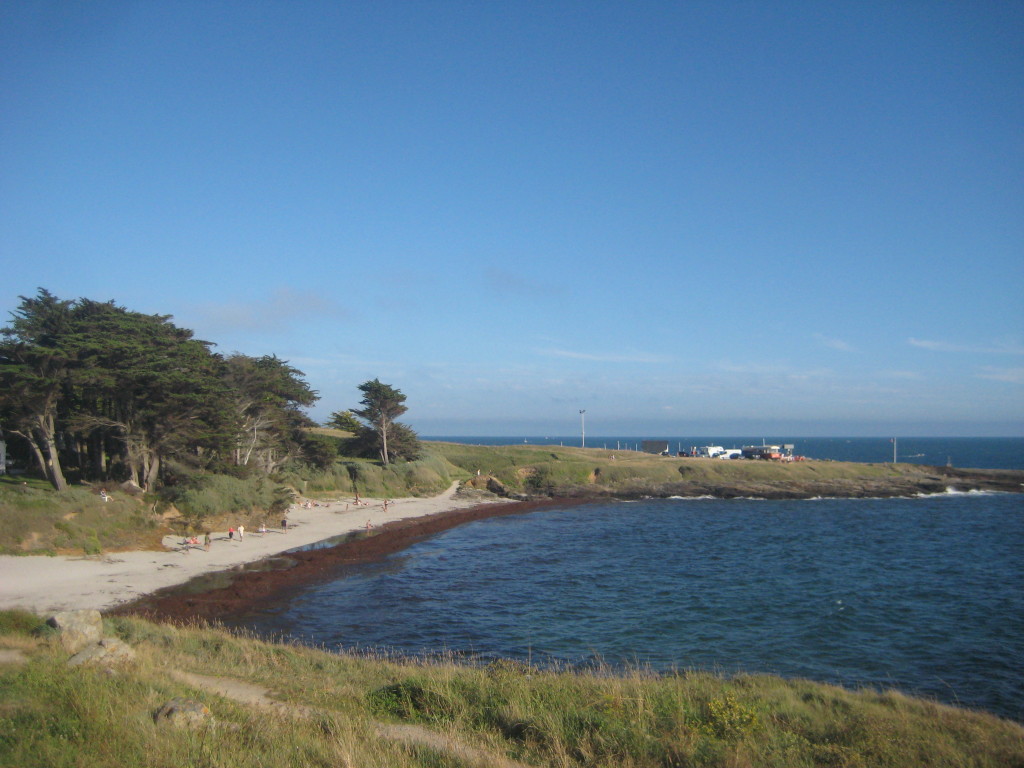 One bizarre phenomenon I’d not seen before, was the mounds of seaweed that had been washed up. One of the storms the week before we arrived had apparently really churned up the sea, and left tones of seaweed washed up on the beaches. In most places this just looked like a bit more than usual, but in some of the smaller coves, the stuff was pilled up to a meter high in places. Clambering across it was perhaps not the most appealing of ways to have to get to the the sea, but it certainly was a novel one. 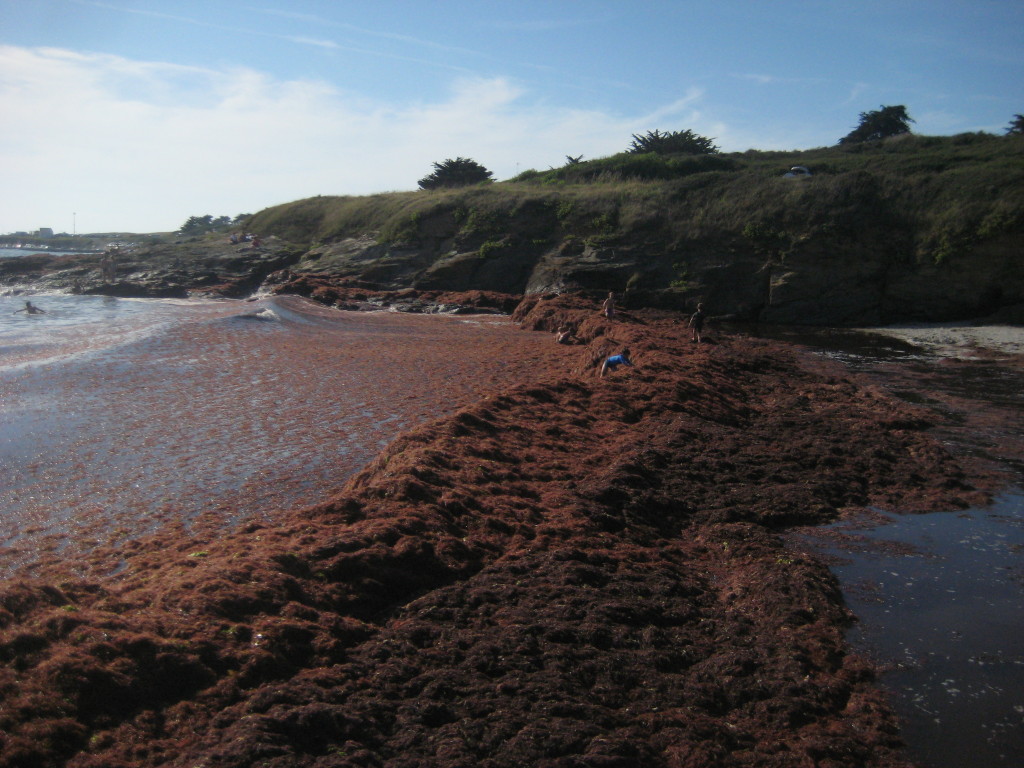 After a couple of days catching up with family, taking it easy and taking several thrashings at table tennis from my youngest cousin, we ventured a bit further a field renting out bikes. One day we took on a, possibly over ambitious, round trip to Arzon, but the sunshine, the exercise, the company, the views and the Ice Cream in Arzon made it well worth while. 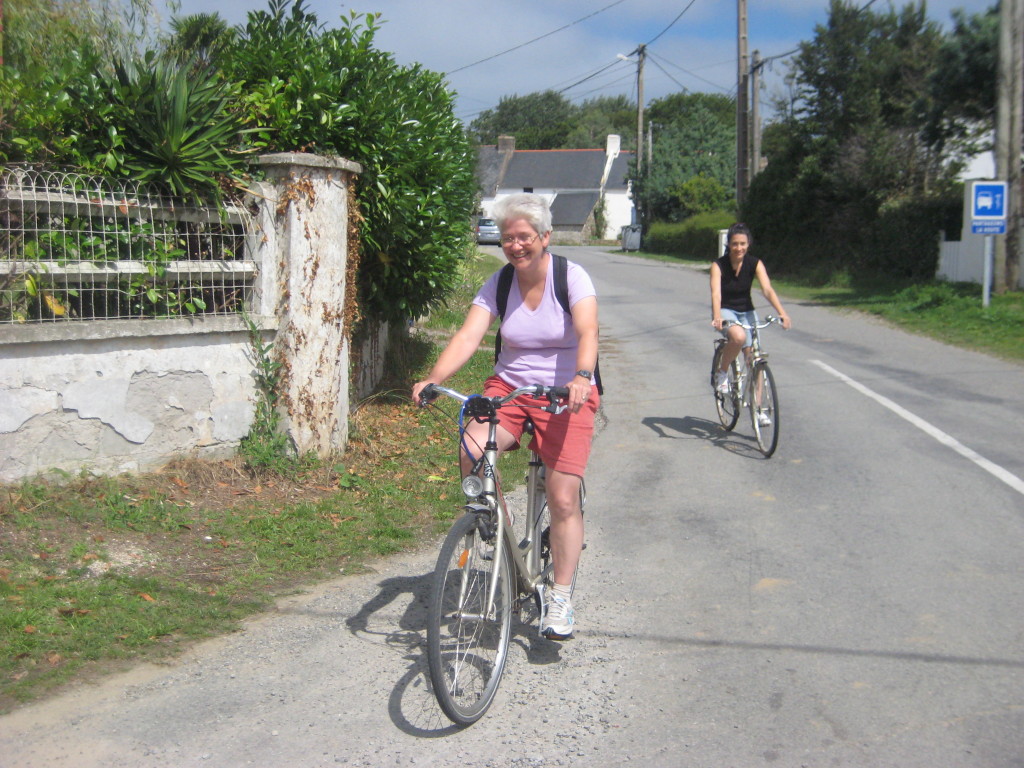 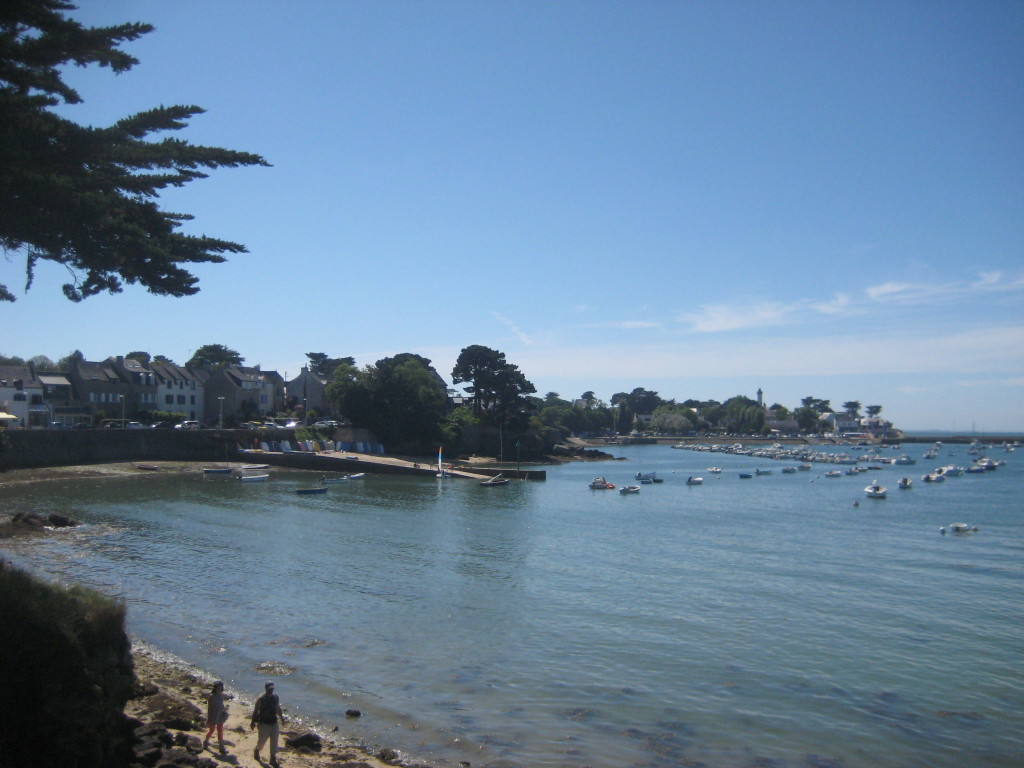 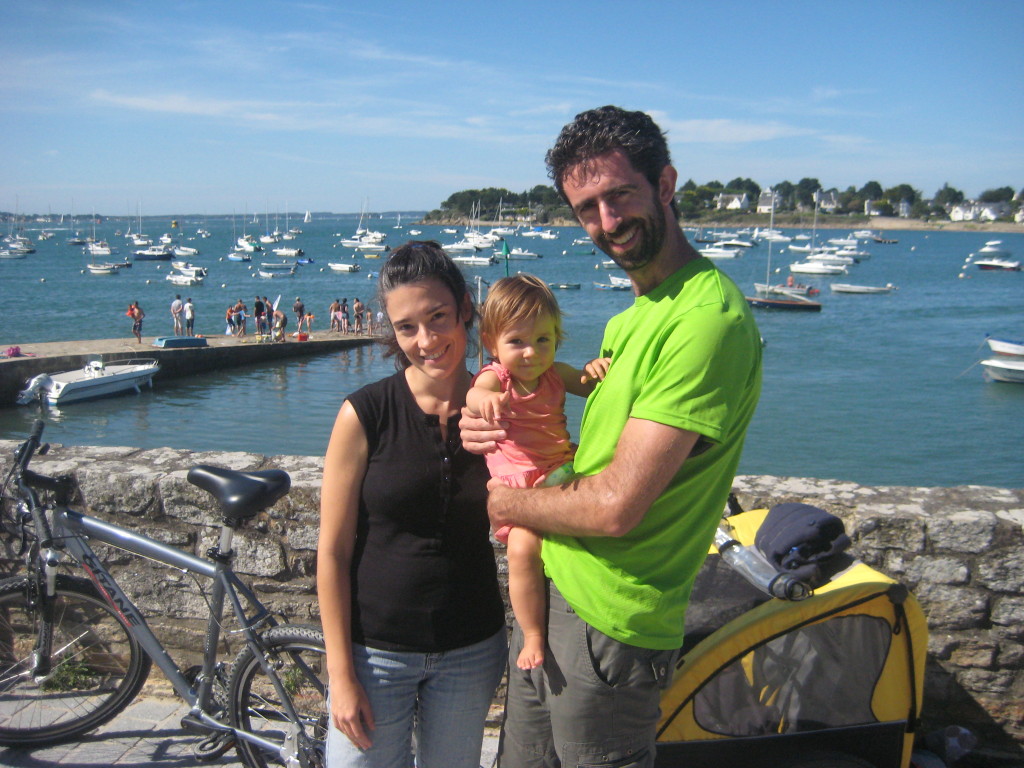 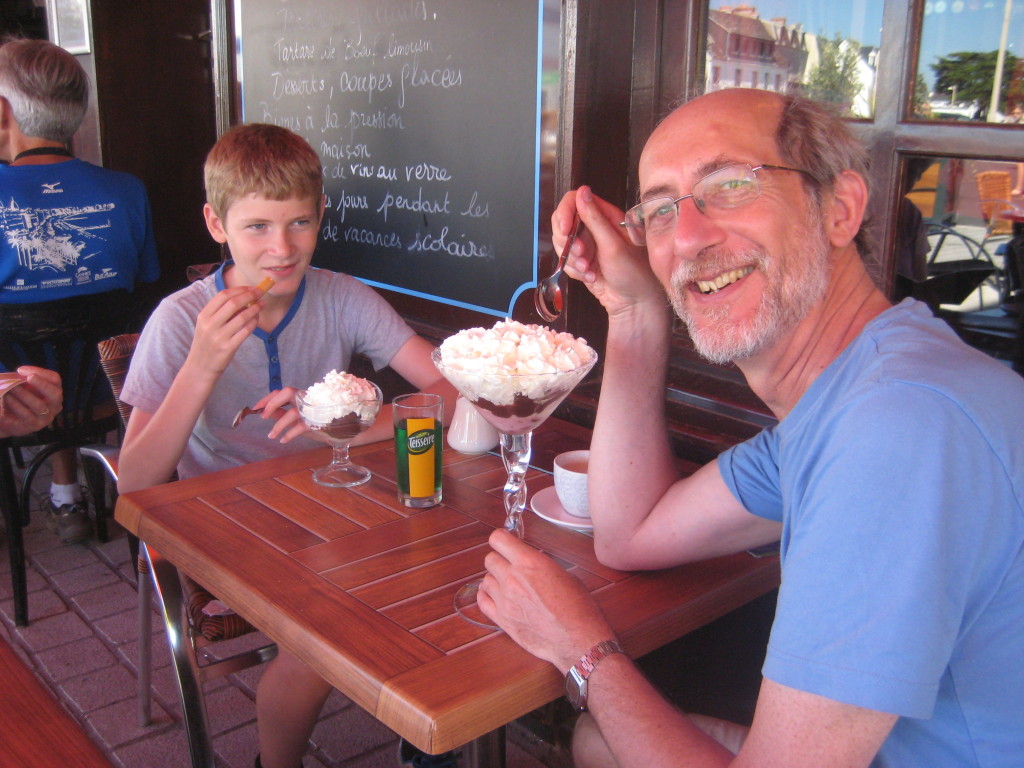 Great food, both cooked up in the cottage and experienced in some traditional places in the close by Saint-Gildas-de-Rhuys made for an excellent laid back week, finished off perfectly with a quick stint attempting to sail a catamaran. 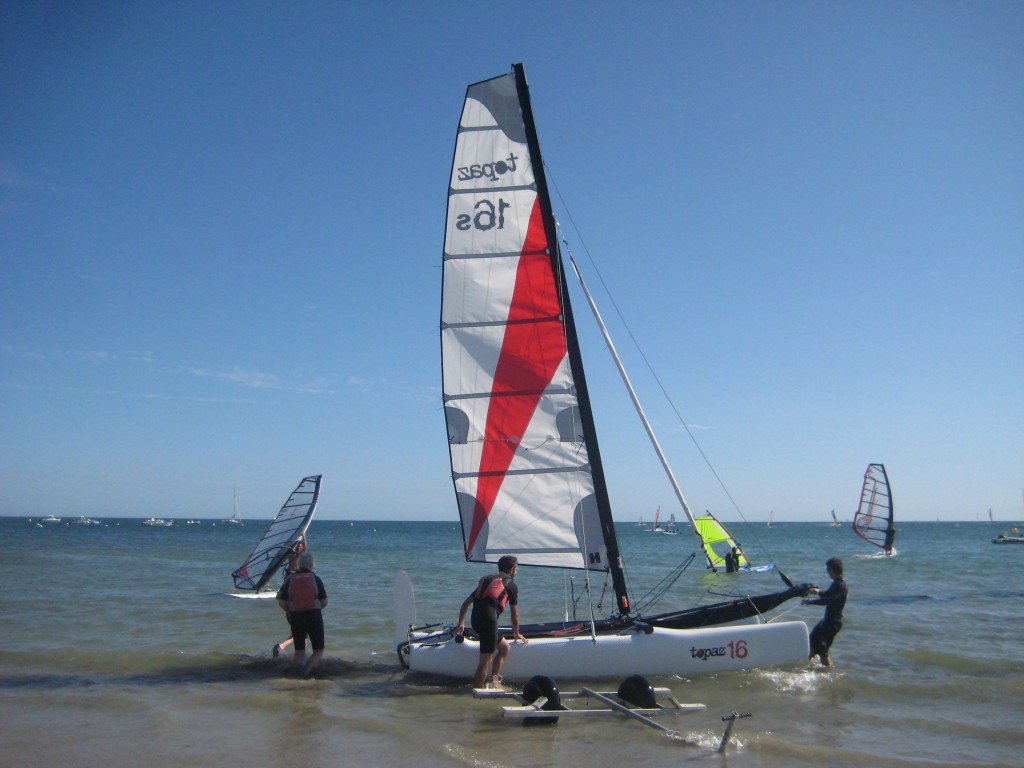 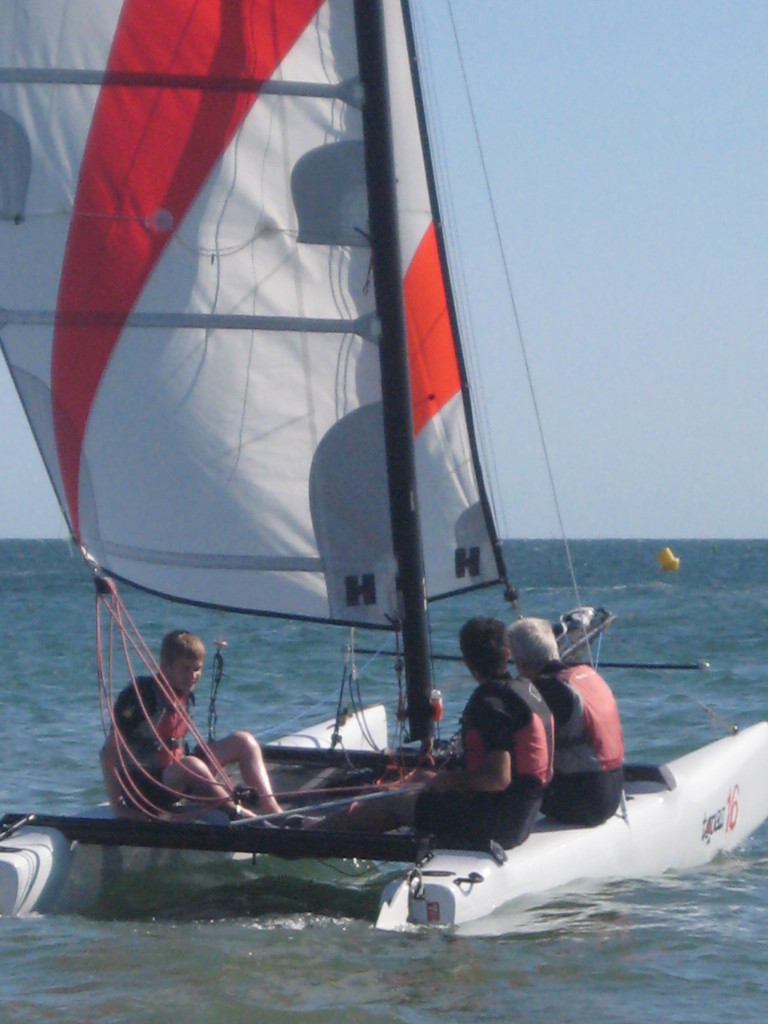